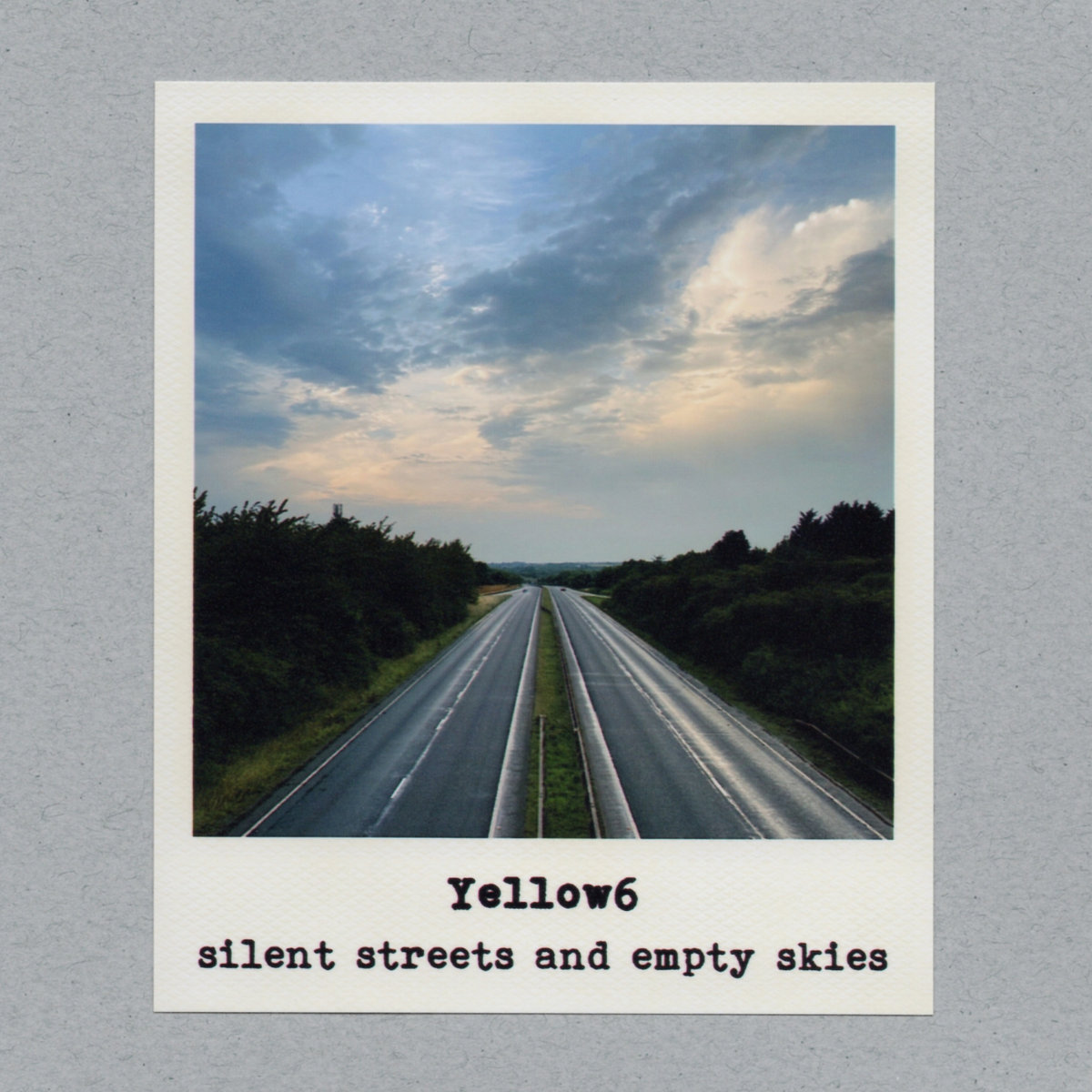 Sound In Silence is proud to welcome back Yellow6, presenting his new album Silent Streets And Empty Skies.

Yellow6 is the solo project of Jon Attwood, based in Leicestershire, UK. During the last two decades he has established himself as one of the foremost purveyors in the ambient/post-rock scene, having released his music on labels such as Enraptured, Make Mine Music, Resonant, Cathedral Transmissions, and his own Editions6, amongst many others. Since 1998 he has played many shows in Europe and North America, and has collaborated with many other artists such as Portal, Thisquietarmy, Absent Without Leave, Caught In The Wake Forever, David Newlyn, Charles Atlas, Stafrænn Hákon and many others too.

Silent Streets And Empty Skies is made up of nine calming tracks with a total duration of about 77 minutes. All tracks, recorded at home between April and June 2020 during the lockdown due to coronavirus, were inspired by the lack of traffic and people in the streets, and, being near an airport, the unusual lack of vapour trails in the sky. Living in a large village on the edge of a city, Attwood had a lot of freedom to walk, visit local parks and cycle maintaining plenty of distance from others and appreciating how quiet the streets and empty the skies were at that time. His reaction to lockdown from a creative perspective was some degree of compulsion to make music. Buying a new guitar proved inspiring and sparked a wave of new material, which makes up this album. Yellow6 offers one of his finest works to date, utilizing layers of haunting guitar melodies, loops of ambient textures, minimal beats and droning feedback.
Expertly mastered by George Mastrokostas (aka Absent Without Leave), Silent Streets And Empty Skies is a wonderful album of cinematic soundscapes, highly recommended for devotees of artists such as Labradford, Low, Brian McBride and Windy & Carl.