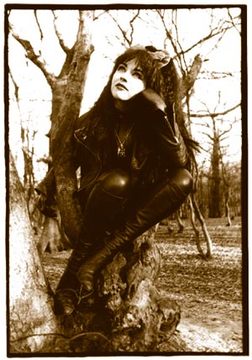 Rose McDowall (born 21 October 1959, in Glasgow, Scotland) is a Scottish musician, most notably as a vocalist in the bubblegum pop band, Strawberry Switchblade.

McDowalls first venture into music was in the Poems, an art-punk trio formed in 1978 with her husband Drew McDowall. She formed Strawberry Switchblade in 1981 with Jill Bryson. After signing with Warner Brothers they enjoyed chart success with their single "Since Yesterday" in 1984, however later singles and an album did not sell as well as expected. This and internal problems lead to an acrimonious split in 1986.

For the next six years Rose was primarily a guest vocalist or "floating member" of several different alternative bands. She contributed backing or lead vocals for Coil, Current 93, Death in June, Felt, Alex Fergusson, Into A Circle, Megas, Nature and Organisation, Nurse With Wound, Ornamental, Psychic TV, and Boyd Rice on recordings as well as singing or playing guitar for live appearances. In 1993 she collaborated with Boyd Rice under the band name Spell producing 2 singles and an album of 1960s style pop, country and psychedelia covers for Mute Records.

At the same time she formed a melancholy folk rock band called Sorrow with then husband Robert Lee. Between 1993 and 2001 they released three albums and one EP through World Serpent Distribution and performed in Europe and the U.S. During this time McDowall continued to record and perform with Current 93 and Coil, including the short lived group Rosa Mundi. Robert Lee left the band in 2002. Rose and her remaining bandmates continued to perform under the name until 2005 when she began performing under her own name.