This is the 15th Annual Brainwashed Readers Poll: the longest running poll from a digital publication that allows the readers to both nominate and vote for the best and worst of the year. The writers don't all necessarily agree with the placement and rankings, but we have our last word in the comments we have provided.

Thanks to everyone who participated in both rounds and we wish you the best for 2013.

Act of the Year

I totally missed the Goat phenomenon this year, but now that I've heard them, I'm glad they got this.  World Music nailed every key psych/space rock trope with vibrancy and style while avoiding the misguided self-seriousness that plagues most of their peers. -Anthony D'Amico

I love Keiji Haino and this year was a great year for anyone with an interest in his work. Between Fushitsusha not only releasing two full albums and touring along with his own solo work (see the earth-shatteringly good soundtrack to the new documentary on Haino for some amazing solo and Fushitsusha jams), it was his other collaborative efforts which caught my attention most. This live album recorded with a new trio featuring Oren Ambarchi and Stephen O'Malley was probably the highlight for me, there was nothing that approached the intense gravity and power of this performance. What a sound, what a noise and what a rush! - John Kealy

While Spencer Yeh's Transitions is definitely the most egregious snub of the year in my eyes, I think Hauschildt got quite a raw deal himself.  A few of the more space-y and atmospheric pieces tend to drag a bit, but Sequitor's poppier moments are pure kitschy, lush, burbly fun (and unexpectedly soulful besides).  "Constant Reminders" is easily the best song that Kraftwerk never wrote and I cannot stop listening to it. Also, it seems like a bizarre negative image of Emeralds'Just to Feel Anything, replacing the drama and moodiness with warmth, lightness, and an endearing sense of playfulness (and being a more enjoyable album for it).  -Anthony D'Amico

The ErstLive series got four outstanding additions this year: one emotional and mind-blowing solo set from Keith Rowe, an excellent rendition of Antoine Beuger's S'approcher s'éloigner s'absenter, a mind-bending, ultra-minimal set from the duo of Taku Unami and and Radu Malfatti, and this first-time collaboration between Rowe and Christian Wolff, which I listened to the most. It's an under-appreciated and overlooked improv set from two legends who are still making incredible music more than forty years after they began. Wolff and Rowe's performance is subtle, sensitive, and totally engrossing. It points to a lot of fascinating ideas about the similarities between composition and improvisation and it encourages a kind of interactive listening that I don't always get from other music. But I love that I can turn it on and enjoy it for all its restraint and quiet beauty too. This was a pivotal record for me in 2012 and among the very best I heard all year. - Lucas Schleicher

C Spencer Yeh'sTransitions proves that the casual brilliance of his debut single "In The Blink of An Eye/Condo Stress" was no fluke. He covers Stevie Nicks with a straight face, and his re-imagining of "Rooms on Fire" as a goth-synth piece is one of several tracks here that I have played continuously throughout 2012. This is an avant-pop album full of crisp guitar, sonorous vocals, bubbling synth, a little distortion and bold instrumental squiggles all of which put me in mind of Arthur Russell and the early solo records of Brian Eno. The original brainwashed review mentioned Robert Wyatt and Slapp Happy and "short punchy songs packed full of meaty bass lines, kitschy drum machine grooves, and a host of amusing curve-balls like horns, wah-wah guitar, and crude 8-bit-sounding synth textures." Yeh writes simple and enticing lyrics but his sketchy approach keeps their exact meaning tantilizingly just out of reach, oblique, and mysterious.Transitions even rehabilitates the line "on a dark desert highway" for which we should all be grateful. I am gobsmacked that this album was not included in the 100 Best and can only conclude that the world has finally gone mad. - Duncan Edwards

In an overwrought marketplace of artists experimenting in a metal framework, Jenks Miller is one of the few that both manages to reach for new and different sounds while still maintaining a listenable, even sometimes catchy, overall sound.  Minimalist in the La Monte Young sense, there is a clear, but tasteful repetition throughout.  Plus, the idiosyncratic pairing of southern rock twang with ugly metal touches makes for a record that sounds like no one else. - Creaig Dunton

After a decade this supergroup returned with an absolute scorcher of a record. It's a monstrous fusion of dirty funk, jazz, and electronics contained within seven excellent pieces. Without hip, pretty faces or a mega tour, it's no surprise the album went relatively unnoticed. For those unconvinced, have a listen to the song featured in one of the most recent Brainwashed Podcasts. - Jon Whitney 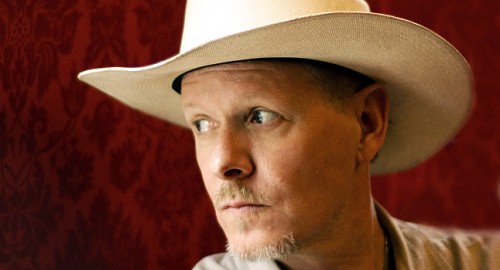 Through Swans, The Body Lovers/Haters, The Angels of Light, a solo career and back to Swans again, Michael Gira has charted an inimitable and intimidating path across the face of music. The last few years in particular have seen him rejuvenated and riding the crest of a wave I hope never breaks. The Seer is a monument to his will and integrity, the reformed Swans being far from a crappy cash grab. Like Neil Young’s return to Crazy Horse or Keiji Haino’s resuming of Fushitsusha, his act of bringing back Swans has opened up avenues that he has not tread in years and to find new routes that we have never seen before. The intensity, the power and the honesty at the center of his performances in any situation remain strong. Gira has put his life into his art and his art pulses with life, never lagging and never relenting. - John Kealy

Gira is an institution and a testament to perseverance. Could you have predicted anything close to his current career trajectory from the first time you listened to Filth or Cop? He's fared so well in these past few years since reforming Swans and touring constantly, and he seems more inspired and aggressive than before, like all he needed was a break to catch his breath. Being younger than most of the people I know who love Swans, I feel an odd sort of mirror image evolving for me, sharing the same exact feelings about the band they had felt years ago like they were brand new. Seeing them live last year and watching The Seer unfold was revelatory; I witnessed first-hand proof of a man who had stayed irreverent, resourceful, and forward-thinking well into his 50s and never stopped putting out incredible work all the while. The idea of a musical legend eluded me until I saw one in person. That is Michael Gira. – Adam Devlin

Michael Gira's mark on the world of music is immeasurable. For three decades he has been a beacon of all that is pure emotion musically: unfiltered, unapologetic, and uncompromised. Swans alone have influenced numerous careers spanning multiple genres. As a businessman, Gira has supported some incredible and diverse acts through Young God Records, releasing some fantastic albums, dismissing all limitations of sound or style. Gira hasn't ever resorted to self-reinvention; he has always been himself, and has never had to rely on self-parody or capitalized on any nostalgia. Michael is one of the hardest workers in the business and is always respectful and generous to his fans and supporters. He continues to make music available for those who take the time and effort to listen and invest. This year saw a massive three LP album and a live compilation—both heavily funded by overwhelming fan support—and more exhaustive touring. The younger people who weren't available to see Swans in the '80s or '90s are not getting some group of old guys paying tribute to their heyday, they're getting the real thing. The proof is, and has always been, right there. - Jon Whitney

I am a bit of a casual Swans fan by Brainwashed standards, but my appreciation for Gira as a bulwark of integrity, passion, will, and perfectionism in recent years cannot be overstated.  Since Swans' return in 2010, he has seemed like a man possessed, delivering absolutely brutal live shows and releasing albums that threaten to eclipse everything he's done before.  With The Seer, he may have actually succeeded in that (though I personally still stubbornly cling to Soundtracks for the Blind as favorite Gira album).  After three decades of making and supporting great and uncompromising art, he is not merely one of the last men standing from the '80s underground, he is actually thriving.  (Also, Young God is responsible for bringing Fire on Fire into my life, for which I am eternally grateful.) -Anthony D'Amico

Swans contributions to heavy, difficult music for the past three decades is undeniable, but Gira has shown himself to be an artist that can not sit still, and is never afraid of completely changing his sound at a moment's notice.  In recent years, he has shown no signs of relenting, and besides curating the Young God label he managed to resurrect Swans with the same power and complexity that they had during their entire career.  Additionally, his funding of these recent two albums was essentially embracing "crowd sourcing" before it became common knowledge, on his own terms and quite successfully.  Adding that to a relentless touring schedule playing intense shows that artists a third of his age could only dream of doing, and I think his recognition is more than appropriate. - Creaig Dunton