Sound Bytes
Lucas Schleicher
Matt Waldron's artwork is always a pleasure, but releases like this one have me doubting the significance of 7" records with the advent of the MP3. Both the Irr. App. (Ext.) and Wyrm tracks are a nice listen, but I'm not sure they needed their own slab of white vinyl.

Matt Waldron and Allan Zane should have talked about making these two songs available as MP3 downloads. They're both slices of strange and organic noise that I've come to love, but I'm not sure they needed a limited run 12" and 7" record to themselves. The limited run has long been sold out; it was only 33 copies large and featured limited edition artwork from Matt Waldron and is also signed. The standard edition features printed artwork and the same two songs, but isn't signed. There's absolutely no need to press an extra 300 copies of this release when both songs could've been made available for download. The songs are both interesting, but I'm not sure how often I'd put them on just to hear them.

It's not that I think the songs aren't worthy of a physical format like vinyl, but digital media would serve both these songs much better. They're brief compared to the typical Irr. App. (Ext.) composition and their relation is tangential at best. The printed artwork is nice, but could easily be downloaded. As far as the music itself is concerned, it's hard to determine exactly how "Hypothetical Tardigrade Resurrection #1" is related to the other songs of the same name from Waldron's Perekluchenie album and Wyrm's work, which I'm mostly unfamiliar with, is entirely unlike anything I've heard from Irr. App. (Ext.). Wyrm, made up of Zane, Terry Stalcup, John Murphy, and Kensaku Nishizato (who appeared on Nurse with Wound's An Awkward Pause) has a metallic focus that brought Organum to mind almost immediately. Their work, however, slowly becomes more distinct with the addition of other textures, like alarm clocks, bells, cricket-like noise, voices, and brushes. "Labyrinth Defector" is very involved composition featuring layers of sound, but I'm not sure I'd be tempted to put this on the record player just to hear it.

Had these been made available in a digital format, I think they'd find their way into my play lists, but as it stands I think I'll be putting on full-length recordings from both these bands, instead. 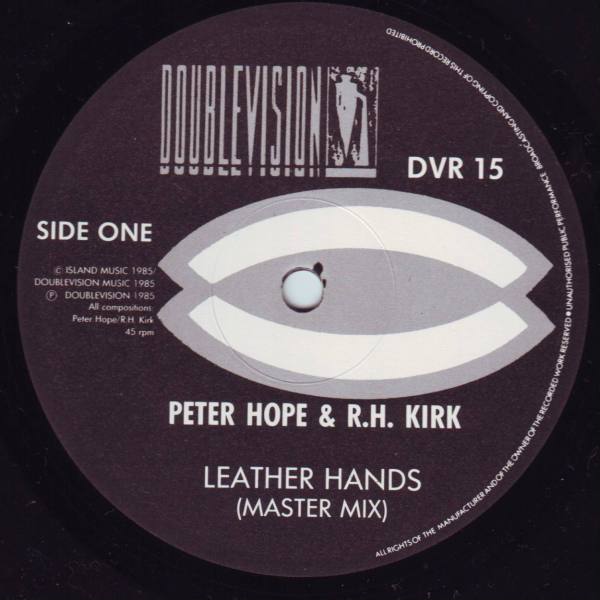