This Krakow-based composer's debut album was one of 2021's most pleasant late-year surprises, as Making Eye Contact With Solitude is a gorgeously warm and intimate gem of multilayered and masterfully textured psychedelia. Basta describes the album as a diaristic meditation on "domesticity, loneliness, repetitiveness, stubborn patterns of isolated minds and the sonic mysteries all around us" and cites the murderers' row of Cucina Povera, F√©licia Atkinson, and claire rousay as key inspirations. While welcome shades of all three artists are certainly evident to some degree on these six songs, Basta's aesthetic already feels fully formed and distinctively her own. In fact, I suspect it will not be long at all before Basta regularly finds herself name-checked as an inspiration by other artists, as her unhurried and dreamlike phantasmagoria of rippling zithers, vividly textured field recordings, and enigmatic domestic sounds feels absolutely revelatory on the album's two strongest pieces.

The album is comprised of six songs that seamlessly segue into one another, so it was presumably intended as a single longform work. The pieces certainly flow together nicely and share many of the same elements, but a couple of pieces make enough of an impression to easily stand alone. Whether or not the opening "Awakening" falls into that category is currently the subject of some internal debate on my part, but I certainly like it a lot regardless of where it ultimately lands. I am tempted to glibly summarize it as "someone is murdering a saxophone in the nightmare forest," yet it is far too lovely to deserve such a fate. Instrumentally, it is centered upon a blearily twinkling zither motif, yet the smeared and flutteriing psychotropic sounds and crunching footsteps that emerge from that modest theme soon consume the piece and completely steal the show. As with most pieces on the album, the magic lies primarily in the execution, as Basta is remarkably skilled at crafting wonderfully layered and kinetic soundscapes from her field and household recordings.

The following "Memories of Unwanted" is a considerably more emphatic album highlight, as "Awakening" beautifully morphs into warmly shimmering ambiance enhanced with a host of vividly crackling and sizzling textures before unexpectedly blossoming into a hallucinatory crescendo of murmuring, cooing, and gibbering voices. It calls to mind a flock of psychedelic pigeons crashing one of the more meditative passages on a Tim Hecker album, which is no simple feat. It also kicks off a three-song run of sublime near-perfection, as both "Unknown Reel Tape" and "Walking Around In Circles" are similarly stellar. "Unknown Reel Tape" resembles a killer duet between a warbling, warped, and possibly reversed Dead Can Dance cassette (the murky vocals are very Gerrard-esque) and bunch of clinking glass bottles and other curious sounds, while the dreamy, mantric vocal swoons of "Walking Around in Circles" call to mind an especially strong Cucina Povera song. That would admittedly be a fine stopping point, yet it proves to be only the starting point for a gloriously vivid crescendo that evokes a dreamily reverberating, slow motion rain of crystals. On that piece in particular, Basta's textural wizardry with non-musical sounds is truly on a level that I do not often encounter, as she manages to make familiar sounds feel almost enchanted due to their sheer clarity and physicality. It favorably calls to mind some of Graham Lambkin's singular work, as he seems like the sort of artist who could convincingly make a satisfying album from little more than a shoe and microphone. I get a very similar feeling from Basta, as I would probably still love this album even if all the instruments suddenly vanished to leave behind only clinking glass, clanking metal, crashing waves, and a host of enigmatic crunches and crackles.

sounds can be found here 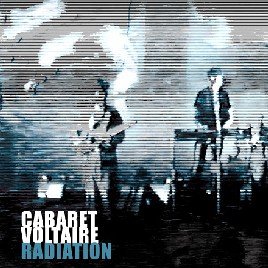