Somehow Mick Harris has slipped a couple of records by me in the last few years starting with the Super Mantis Part 1 single released by Combat Recordings in 2008. Scorn somehow makes simple drum beats and atonal bass sound angry. He's been working out this formula for over a decade and has left a traceable line from Super Mantis all the way back to his one-off Weakener project from 1998. In¬†some ways, not much has changed: the bass still warbles and wobbles, the beats are still dead straight and¬†simple, and¬†the ambience is slowed down and impossible to pinpoint. But in other, subtle ways, Harris has refined these tracks over time and he's kept up with and just one step ahead of the legions of younger producers that he has inspired.

The Super Mantis A-Side is heavy and nearly grooveless.Harris approaches the rhythm work with dry precision and the drums are mixed so loudly that they pound and crash without ever really changing.The B-Side is a less-focused remix from Blackmass Plastics that uses¬†Scorn's signature bass grind but ups the tempo in a way that removes some of the original's dread.

Super Mantis Part 1 is followed up by a remix record and another 12" on Combat Recordings, and¬†Scorn has just released another new full length on the US label Ohm Resistance.Clearly I've got some catching up to do. 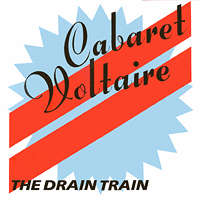