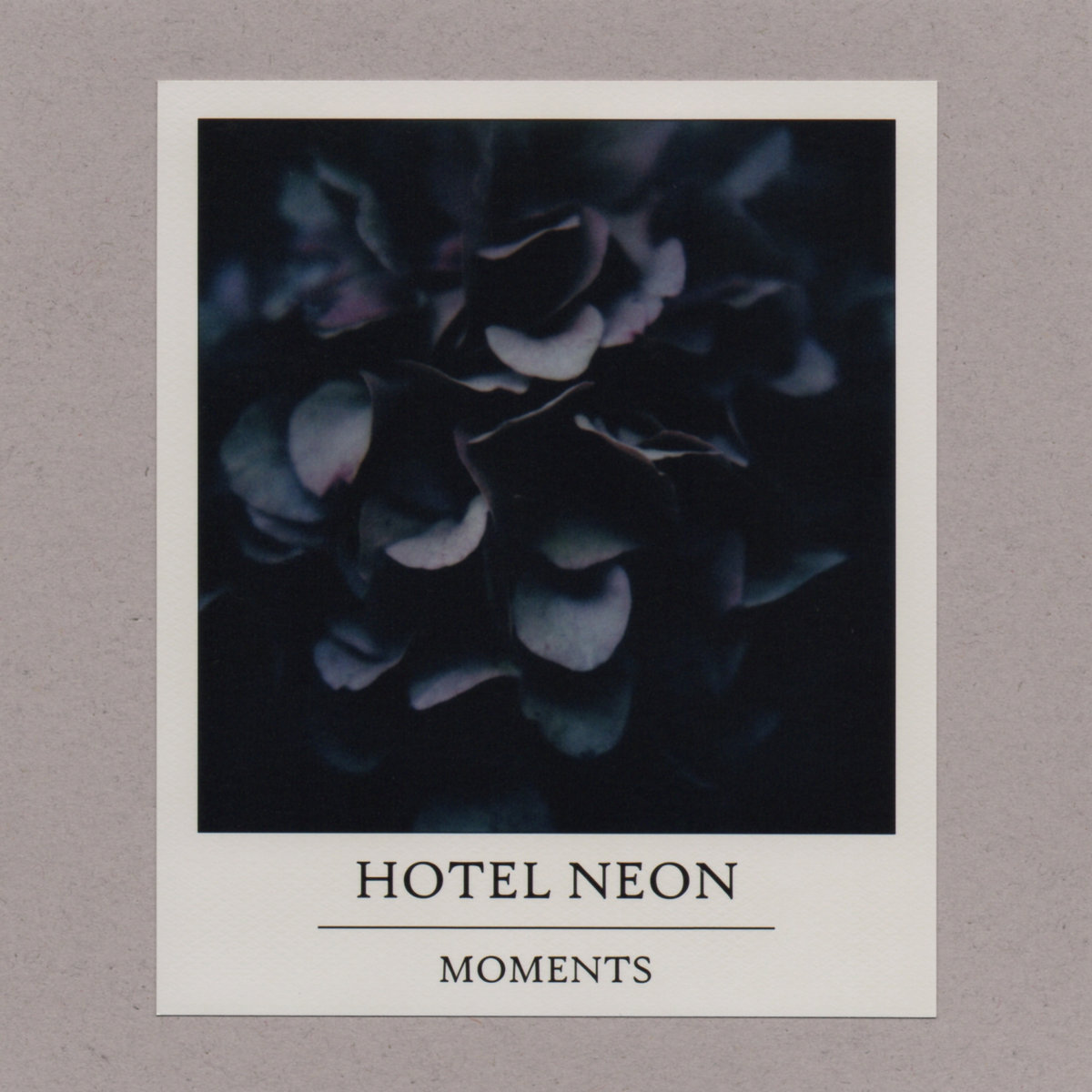 Sound In Silence is proud to welcome Hotel Neon to its family, presenting their new album Moments.

Hotel Neon is an ambient trio, geographically spread between Philadelphia, Baltimore and Virginia Beach, USA. Formed in 2013 as a duo by twin brothers Andrew and Michael Tasselmyer, Hotel Neon expanded into a trio when Steven Kemner joined them in 2015. To date they have released five albums on labels such as Home Normal, Fluid Audio and Archives, a 10” vinyl split with Endless Melancholy on Thesis, and a single on Past Inside The Present. They have also self-released a remix album, two tour cassettes and four singles, two of which collaborating with Slow Meadow and one with Blurstem. Hotel Neon have toured with the likes of Benoît Pioulard, Lowercase Noises, Slow Meadow, Loscil, The Sight Below, Marcus Fischer and Christopher Tignor, filling a variety of performance spaces from galleries to cathedrals with their densely layered walls of sound, while all three members have also been active either as solo artists or in groups and projects such as The Sound Of Rescue, Gray Acres, Solidarity Hymn, Mordançage and Transient Sounds.

Moments, Hotel Neon’s sixth full-length album and first for Sound In Silence, consists of seven evocative tracks with a total duration of something more than 36 minutes. Recorded in the span of just eight weeks and done remotely, Moments is definitely one of the more minimal and textural albums Hotel Neon have ever made. Proving that they avoid repeating themselves with every album, on Moments there is certainly a stronger presence of more orchestral sounds than on their previous albums. Widening their sound palette with more swelling strings, moving orchestral elements, and subtle piano melodies, along with their usual textured layers of hazy guitars, glassy drones, soothing pads and field recordings, Hotel Neon offer one of their best albums to date.
Mastered by Taylor Deupree, Moments is a truly touching masterpiece which appeals to all fans of artists such as Stars Of The Lid, Hammock and A Winged Victory For The Sullen.