Nominate Me for the Williamsburg iPod Awards!

Last year, I was awfully hard on the PLUG Independent Music Awards.  I called them "shallow and obnoxious" for sloganeering and pandering to hipsters and "wannabe snobs."  I was overly critical of their final ballot options, which I referred to as "repetitious and cannibalizing."  Now, however, I'd like to express regret over my uncalled-for remarks in the best way I know how: by encouraging all of you to nominate me for this totally awesome prize! 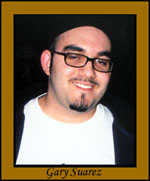 It's not every day that I retract commentary.  Typically, I'm self-centered and bitter, like many of you music lovers out there reading this, generally unwilling to concede a point on this album or that band even in the face of sheer logic and the better tastes of my generation.  My writing is often inflammatory, as some of my critics have put it, so vitriolic screeds such as the one I wrote last year about the "Williamsburg iPod Awards" are almost expected of me at this point in my thankless career as an independent music journalist.  So, given all this, why would I choose to support the dedicated people behind PLUG this time around?  Honestly, it's because I feel bad.  Big time.  I shouldn't have written such an incendiary, hate-filled rant against my hard-working peers in the independent music community.  I've been a stupid jerkface.  My bad.

So you're probably wondering why I deserve to be nominated for the esteemed honor of Music Journalist of the Year.  First of all, I've been writing for Brainwashed now for several of my better years, toiling in a virtual sweatshop in constant fear of the indescribable wrath of Jon Whitney's iron hand for scraps of food.  That's gotta generate some sympathy from you guys.  I was bashing Warp Records (and Vincent Gallo) back when you were still getting erections over press releases for forthcoming Autechre albums.  I discovered breakcore decades before Mike Paradinas and Venetian Snares, and, most notably, I authoritatively dismissed CocoRosie and Animal Collective without hearing a single note of their music.  Most notably, earlier this year I called for the dismantling of the RIAA and a boycott of major labels, which was a really cool idea for sure, especially now that Tower Records is history and there are two less major label conglomorates in the world since Brainwashed started.  Like Mick's caricature Beelzebub, I've been around a long long year, and like every mediocre post-punk band name-checked by Simon Reynolds, I believe it's about time I get some fucking credit.  If that's not enough for you people, I'm a bad father, a lousy husband, and a snappy dresser.  (Yes, I'm speaking in code to rally my base like the Republicans do!  Did you catch the reference?  Well, did you?!)

Please, don't just nominate little ol' me.  While you're there, make sure to cast your ballot for Brainwashed as Music Website of the Year and Zine of the Year in the "Independent Media Categories."  I'd also like to make a special plea to all of you to also vote for our very own Little Annie for a variety of the "PLUG Music Categories," as she has truly gone above and beyond with her latest album, Songs From The Coal Mine Canary.  Additionally, you're welcome and encouraged to write in other Brainwashed artists that have rocked your indie worlds this year.

I hope that you can find it in your jaded, clogged hearts to click this link and nominate me, Gary Suarez, for this much deserved accolade.  In closing, I ask you all to remember General William Tecumseh Sherman's famous words: if nominated, I will not run; if elected, I will not serve.  So you see, even if I win, I wont actually accomplish anything!