Jun 06 Posted by Sound In Silence in Buzz Bin 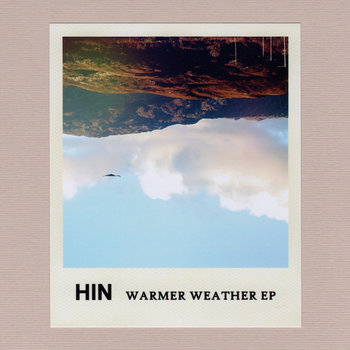 Sound In Silence proudly announces the addition of HIN to its roster of artists, presenting their debut Warmer Weather EP.

HIN is the new ambient/electronic project of two school friends, Jerome Alexander (Message To Bears) and Justin Lee Radford (The Kids And The Cosmos), based in London and Los Angeles respectively.
Jerome Alexander is already known for his ambient/folktronica project Message To Bears, having released four highly acclaimed albums, an EP and a split album with The Soul’s Release, either self-released or on Dead Pilot Records.
HIN’s debut is Alexander’s second appearance on Sound In Silence after the, already sold out, Moments EP under his own name J.R Alexander, back in 2012.
Justin Lee Radford has cultivated extensive collaborations with film makers, environmentalists, astronauts, scientists and social activists whilst composing music for film, VR, commercials, art installations and theatre. In late 2018 he released a 2-track single of solo piano pieces under his own name and is currently working on the debut EP of his project The Kids And The Cosmos.
Alexander and Radford, along with their childhood friend Maximilian Fyfe (Paint Splat Faces), also collaborate on the project Human Suits composing original scores for the documentaries of Planetary Collective.

Warmer Weather EP is made up of five captivating tracks, with a total duration of something more than 20 minutes. HIN’s debut deals with feelings of isolation, environmentalism and friendship and is a perfect mix of dreamy electronica, elegant dream-pop and soothing ambient. Utilizing wistful guitars, warm pads, hazy synths, enchanting electric piano melodies, deep bass lines, gentle male and childlike female vocals, intricate beats and glitchy electronics, HIN create an EP full of emotive textures and sublime soundscapes.
Warmer Weather EP is a brilliant release that will appeal to anyone moved by the music of artists such as The Album Leaf, Múm, Epic45 and of course Message To Bears.