Little Annie and Baby Dee begin a long stretch of European shows this week both with and without Marc Almond. The two have been collaborating on a record, which will hopefully be available in 2011. We talked with both briefly about their recent music and their time together. 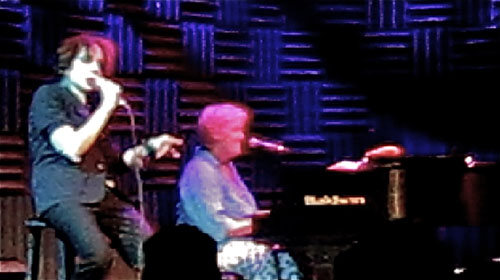 Tell me about your latest albums: themes, ideas, and influences going into the composition and recording. 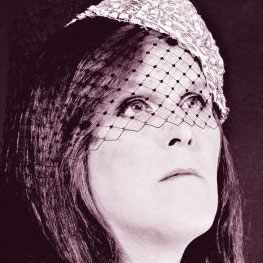 Dee: Anne Marie is a thing that's kind of not supposed to happen. An artist, a somewhat normal artist, will write songs and then record them and make an album and maybe do a tour. Or maybe the artist can just sit on the songs and let them lay fallow for years and then record them. Or maybe if the artist is really hard up they could record them by whatever means is available to them like the stuff Devendra did on people's telephone answering machines.

But the thing about that album was that it was purposely recorded in a raw imperfect way in the hope of somebody hearing them and adopting them and giving them their due. It's not like I purposely made mistakes or anything I just did it and didn't look back.

At the time I wrote that stuff I was so far away from any collaboration, living like a hermit and I knew I couldn't do the kind of arrangements that would be good for the songs so I decided to trust to luck and just do a super simple recording and put them out as a book instead of a CD.

And eventually Maxim Moston took the songs under his wing and made these beautiful arrangements for a small chamber group. It took about 8 years for it to happen but I was really happy with the way it turned out. Maxim is such a great musician and the people he brought in to do the recording are all exceptional most especially Max's wife Alex who plays the oboe and English horn. I'm doing a version of the songs scored for string quartet and oboe in London on October 16 for the Frieze Art Fair. 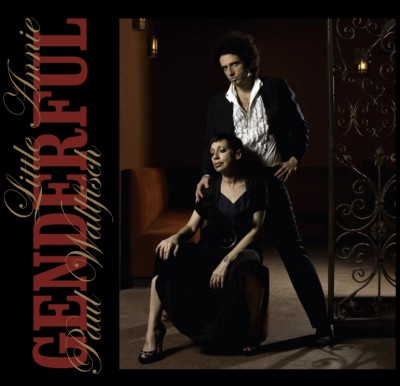 Annie:¬†¬†¬† Genderful kind of wrote itself in the sense that one song spurned ideas for the next. Paul and I started with "Adrianna" which is a very real person, who's for the third time in 10 years has ended up living with a few block radius of me despite the fact I've moved twice. Either she my ghost or I'm hers.

A few other pieces Paul and I came up with while preparing for various tours, but the bulk was written from notes while I was in Torino for two weeks working with Larsen while Paul was touring w/ Botanica. I had no intention of writing an album so much about New York but I guess it's been in the forefront of my thoughts. I'm in a continual state of love for the city/it's my muse, at the same time lost in the amount of change of late.

It has become very generic on many levels which has been difficult for me to stomach. Then again, cities do change and no doubt New York will again. I'm trying to keep a bit more open to the change otherwise I'll end up like one of those angry people who scare people on the subway by cursing to themselves out loud...¬†

How did you each meet and when did you start talking about collaborating?

Annie:¬† We met briefly outside where my old building where Antony and I were both living, but we had been communicating to one another for years before that with the idea of working together. I adore her work so. But it wasn't until we were put on the same bill in Barcelona in 2007 followed and a mini tour that we got to spend any real time together. When Paul took this position as musical director in Dortmund it hit me that this might be the window we had been waiting for.

Dee: Amazingly we never overlapped in any of the nightclubs where we both played.

What goals did you have in mind going in to the collaborative process?

Dee: We're hoping that our collaboration will change the course of human history. I kind of wanted to make music with Annie that would take that great nightclubby cabaretty thing that she does so well and take it someplace that nobody's been to yet. I'm also just being Annie's accompanist here‚Äîa thing I'm only just beginning to get the hang of and I'm enjoying it immensely.

Annie:¬† Well besides interpreting one another's work, for life purposes, we spoke of and basically started composing together right away. But except for knowing how talented dee is and how much I enjoy her company I had no real concepts of where we'd take it.

What did you prepare and what were you hoping would develop?

Annie: I went to Cleveland armed with lyrics and notebooks but you can't really conceptualize these things. I mean you can but then you not only limit possibilities, but you need to find a groove on how to work with some one new. Whats great with Dee and I was that there was a mutual appreciation of each other's work, and we're also both strong enough personalities yet curious enough to take one another too unfamiliar territories.

Did you find things changed after you started?

Dee: Things always change after you get started don't they?¬†

Can you pick a few of the new songs and explain what the meanings are and what the collaborative process was like?

Dee: Annie wrote this song about pouring out a libation for the people (or their ghosts) that she's known‚ÄîYonkers type people Cleveland type people "losers" and "lovers" from the past that haunt us‚Äîanyway, it's a brilliant lyric and the song just sort of popped out real easy. I think we really captured something in that one.

Annie: The working names we have are Dharma and High Heels & Angels Gone Before. It be strange to explain them without you having heard them. But the process was that we worked on them, then we had that light bulb moment, absolute diverted another way and it was then very organic and easy. "Angels" was one of those wrote itself kind thing, it fell together instantly. It's what Dee refers to my bobby slot and freddy weis (Dee's song dance of the diminishing possibilities). It's about local characters from my childhood. Dee and I have allot of similarities background wise, its just different locals, different faces but we share a common blue collar heritage..

If Sunday night's show was any indication what can audiences look forward to with the upcoming tour?

Dee: The usual heartbreak and hilarity.

Annie: gosh fear, bad sound, missing connections. Not sleeping, losing voice existential loneliness that comes from a lot of traveling, timezones etc. Homesickness comfort that's easy, I love hotels, I really do. Meeting people, playing with duty free cosmetics, and that hour or whatever on stage. I love going to new places or revisiting old ones,¬† even though there's seldom time to see much there's those moments of magic, where you realize your in a place you never dreamed you'd ever get to go. Red square in Moscow,... you cant be jaded if your eyes are open.

Dee: I fear getting sick. Last time out I got sick after the very first show of a three month tour and ended up in a hospital in Hastings with pneumonia. I find comfort in friends. There's a lot of good people out there. For me touring is just connecting the dots between them.

How do you find things have changed in the last 5 years versus the last 10 years in relation to your own creative evolution?

Dee: For me that's kind of easy. The last five years have been all about getting out in the world and playing and doing collaborations with wonderful people. The five years before that were entirely devoid of collaboration. It was all just poor little