In the wake of three new releases this month (LP, 7", and book), Ossian Brown & Stephen Thrower of Cyclobe took time to chat with Daniel McKernan of Brainwashed about influences, techniques and upcoming projects.¬† Special thanks to Micki Pellerano. 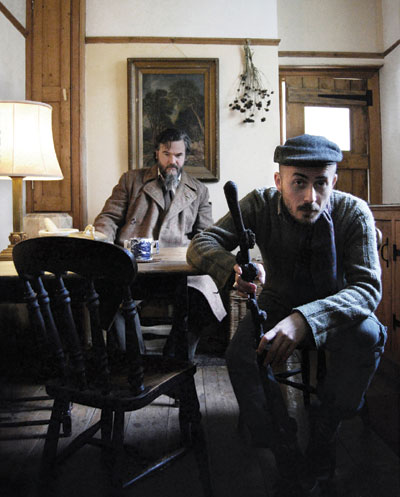 You have a brand new album, Wounded Galaxies Tap at the Window‚Äîhow many years was this album in the making?

ST: It's taken us five years to pull this one together, which is a lot longer than we anticipated! Sometimes you get involved with projects that seem to take place in a giant wind tunnel and you're walking head-on into the blast. It's taken a lot of brute persistence to get this record to where it needed to be, but we're very happy with it now. The real reason it's taken so long is that with each release we've been drawn into greater and greater detail with multi-track recordings, and the subsequent mixing becomes quite a headache, a nightmare at times. Of course you have to be extra careful ensuring that all of this effort is not written large across the whole project! We try to finesse things so there's no feeling of strain for the listener, regardless of whether we're tying our faces in knots behind the scenes!

OB: It was a great relief for us to finish the album, as at times it did feel like it could stretch on for aeons. But aside our being drawn into working more and more detail into the pieces, the recording process is quite fragmentary, we have periods of working intensely in a very concentrated form in the studio, and then we move into periods where we need to digest the work we've done, considering in what new directions we might take it, and if the ones we've chosen were the right ones. Sometimes, if a track's grown very complicated,¬† returning to it can feel like walking into a blizzard of locusts! So it can be quite a struggle re-orientating yourself. 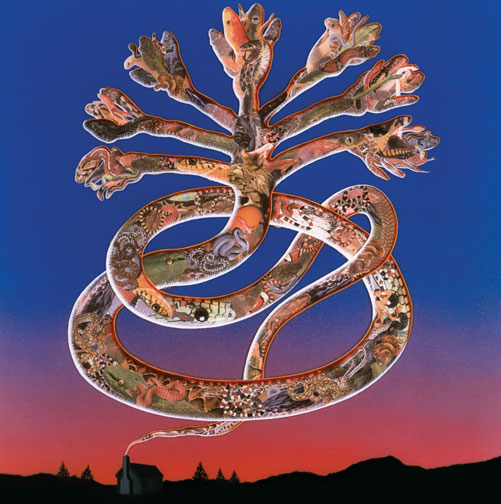 How did you manage to coordinate/orchestrate the album with members in various locations?

ST: Luckily the other musicians come and stay with us from time to time, so the vast majority was recorded in our studio. Mike York and Cliff Stapleton recorded their contributions here with us. John Contreras lives in California but thankfully he travels to the UK a lot, and he very often stays with us. It's very fortunate that we were able to do most of the album physically in the same room. Some of Thighpaulsandra's contributions were done at his studio in Wales, but the rest was all done here. All of the musicians we work with are incredibly responsive and alert to the possibilities of what we do, so it's a great buzz to have them physically present, making suggestions and adapting to ours. It is possible to do things long distance, but the best results come from face to face interaction, I think. I'm really glad we managed to find the right place for our old friends the crows to appear too. When Ossian and myself lived in London we used to go up to Alexandra Palace every Sunday morning and feed the crows that lived in the woods there. The first week we went, there were maybe ten or fifteen crows, but by the fourth week we had at least a hundred swooping down from all directions. Super-intelligent birds, of course, and beautiful too, plus they make the most wonderful sounds‚Äîwe just took a recorder down to the regular spot we fed them at and recorded them while threw food to them. They fit perfectly on "Sleeper," where they accompany Thighpaulsandra's beautiful piano.

OB: It got to the point that they'd be waiting for us at the foot of a long path we'd walk down. They'd hop along the path behind us, cawing, then fly from tree to tree as we walked along. In fact I was certain some of them had figured out where we lived, as we had a few that would hang out in the tree in our garden over a mile away. The noise they made when we were feeding them was incredible, and to be surrounded by them every week, they felt like our family. There's a composer called Kaikhosru Sorabji who I was very excited about around that time, I recall playing his piano pieces at home and hearing the crows out of the window in our garden, accompanying him almost. A beautiful combination to hear. His pieces are incredibly complex and difficult, but mesmeric, very dreamlike. I love his work. A piece he wrote for piano in 1923 called "Le Jardin Parfum√©" is particularly lovely. The memory certainly travelled with me and the mood was something I thought it would be wonderful to try and convey on the record.

Were there any conscious shifts in your techniques for this album in comparison with the previous releases?¬† What kind of evolutions/progressions do you feel you made with Wounded Galaxies?

ST: I'd say that it's a culmination of our approach so far, and ties in organically to the previous records. Some tracks were begun quite a while ago and others were created more recently, so there's a continuity of style implicit there. One piece was completed just hours before we mastered the record, another had been 90% completed for a several years but was 'turned to the wall' because we couldn't work out how to finish it until quite recently. It's always so much easier to start a piece than it is to finish one! There's even a sound on this album that was first generated during the sessions for Luminous Darkness, and which has taken this long to find its rightful place. With these older snippets, it becomes like finding ancient artefacts and then smelting them into new shapes. Probably the most unusual method of working, which we used on this album for the first time, was for "The Woods Are Alive With the Smell of His Coming," which we worked upon entirely along its time line, starting from a basic pattern and then building and shaping the overdubs minute by minute from beginning to end, never turning back. This was a new way of working for us. The piece has a strong 'narrative' thread, so to approach it in this chronological way increased the feeling that we had of going on an epic journey. It's our Beowulf, or Close to the Edge! Technologically, we're in the stone age compared to some artists who prefer to keep abreast of every new tech development. But people who work that way keep telling us they can't figure out how we get certain sounds, so we must be doing something right! The main blessing of computer technology for us is simply that it gives us unlimited editing and multi-track options. We have most of what we need, and we bring in outside help if need it, but apart from the occasional new plug-in our studio set-up has remained fairly consistent for the last ten years.

OB: We haven't even started working with MIDI! Which horrifies some people. I have absolutely no desire to, either. The most exciting thing with computers is being able to create enormous amounts of layered tracks, to create very complex mixes and to edit with great precision. Most of the sounds we generate come from outside of the computer. I'm not interested in getting distracted by chasing new recording programs and gadgets. Some of our tracks, or elements of them, do date back many years, like Steve says. We could be working on a piece and find we just don't have the answers there and then about how to finish the work. Sometimes you just have to put a track to one side until the answer comes to you, even if it's five years later‚Äîyou just have to wait as long as it takes, until the stars are in the correct alignment! 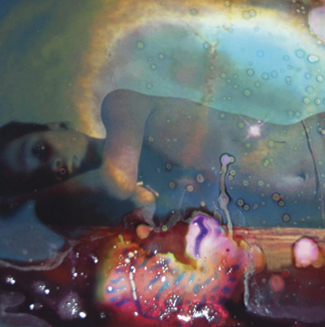 Were the tracks "The Eclipser"/"Moths of Pre-Sleep" recorded around the same time period or different sessions?¬† Who comprised Cyclobe's "peripheral" members for these tracks & what instruments were played?¬† (And how did you connect with