Julien Demoulin, "Everything Forgotten, Everything Remembered" 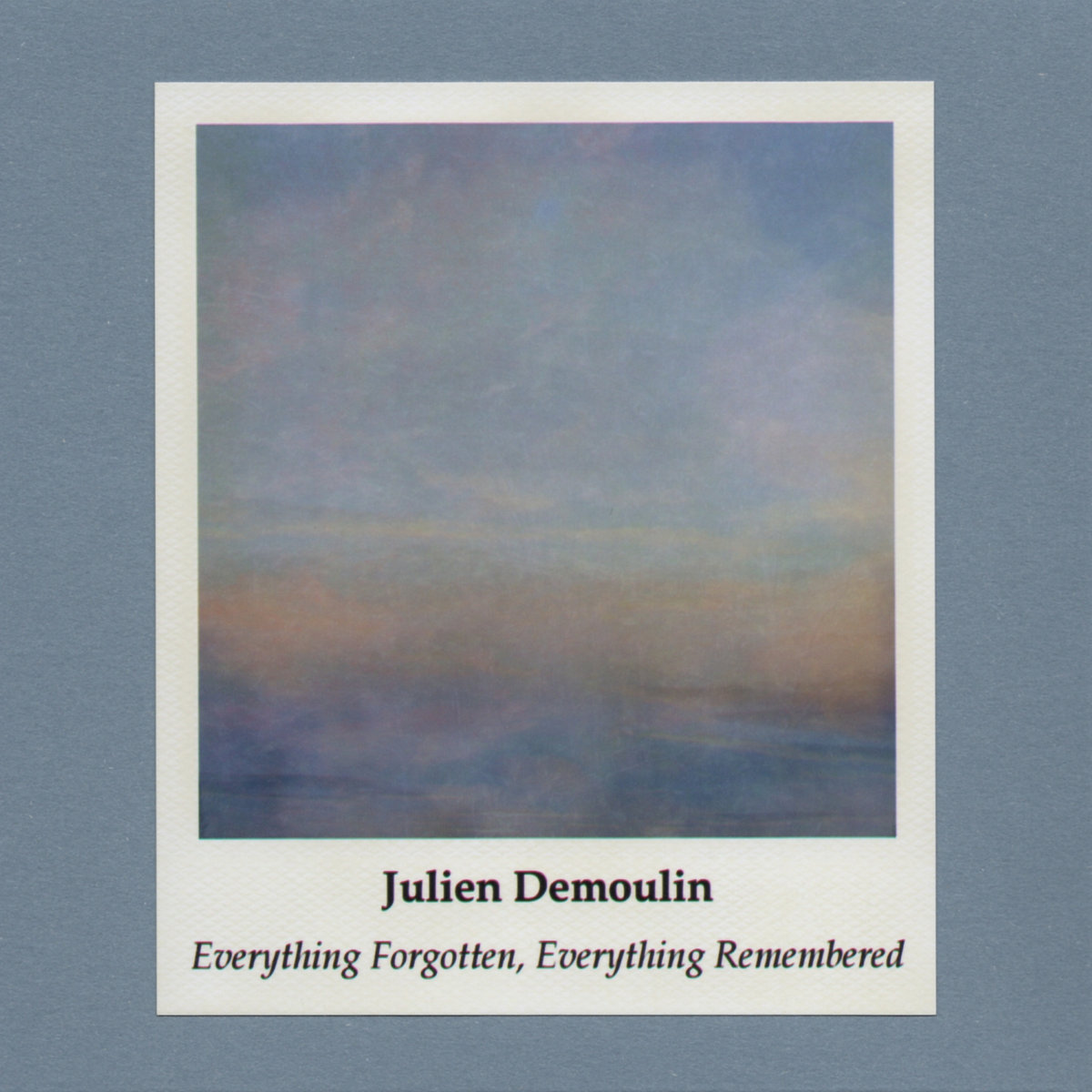 Sound In Silence is happy to announce the return of Julien Demoulin, presenting his new album Everything Forgotten, Everything Remembered.

This is his third release on the label after the two already sold out albums, Floods by Silencio in 2013, and his debut full-length, under his own name, Loose Ends in 2015.

Julien Demoulin, born in France and currently based in Brussels, Belgium, has done many releases since 2004, initially with his Silencio project and later under his own name and his other project Pandorama. With Silencio he has released six albums, one remix album, two EPs and two singles, under his Pandorama project he has released one album, while under his own name he has released two albums, six EPs and collaboration albums with artists such as Christophe Bailleau, IA and Ross Copeland. His music has been released on many labels, including Audio Gourmet, Resting Bell, Basses Frequences, Time Released Sound, Three:Four Records, Duotone Records, Healing Sound Propagandist and his own Eglantine Records.

Everything Forgotten, Everything Remembered consists of seven compositions of warm ambient, with a total duration of about 43 minutes. Compared to his previous, more upbeat and rhythmic, albums his new one has a more focused compositional approach. Blending dense, breathing electronic sounds, layers of serene drifting synths and delicate loops of hypnotic melodies, with field recordings provided by Frédéric Dufourd (one half of the lo-fi duo Donna), vocal drones provided by Alex Copeland (aka IA) and ethereal vocals by Maryam Sirvan (one half of the electronic duo NUM), Demoulin creates one of his best albums to date.
Everything Forgotten, Everything Remembered is a sublime album of mesmerizing textures and evocative soundscapes, exquisitely mastered by George Mastrokostas (aka Absent Without Leave), which appeals to all fans of artists such as Harold Budd, Stars Of The Lid and A Winged Victory For The Sullen.