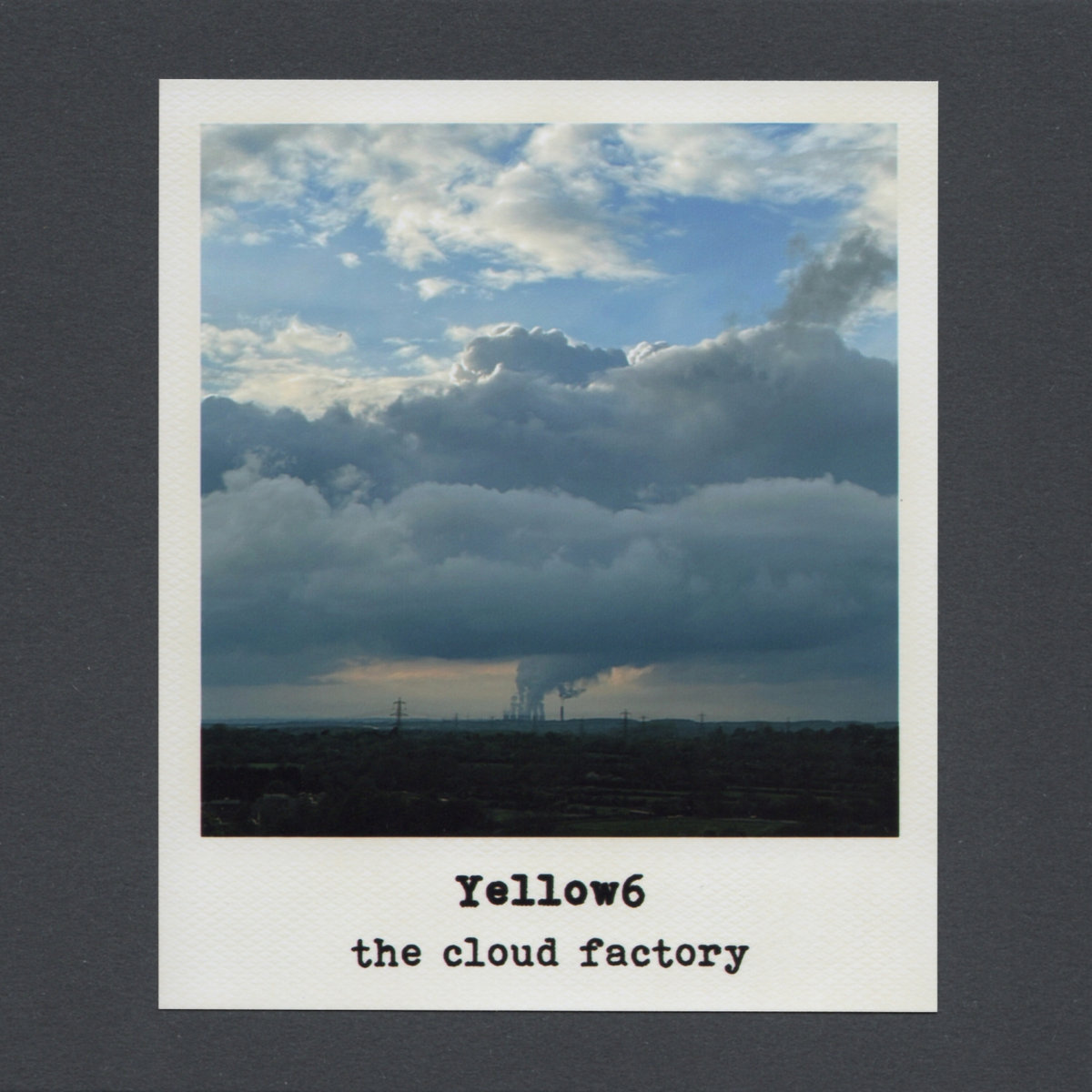 Sound In Silence is happy to welcome back Yellow6, presenting his new album The Cloud Factory.

Yellow6 is the solo project of Jon Attwood, based in Leicestershire, UK. During the last two decades he has established himself as one of the foremost purveyors in the ambient/post-rock scene, having released his music on labels such as Enraptured, Make Mine Music, Resonant, Cathedral Transmissions, and his own Editions6, amongst many others. Since 1998 he has played many shows in Europe and North America, and has collaborated with many other artists such as Portal, Thisquietarmy, Absent Without Leave, Caught In The Wake Forever, David Newlyn, Charles Atlas, Stafrænn Hákon and many others too.

The Cloud Factory is made up of ten new tracks with a total duration of about 67 minutes. All tracks were recorded at home between March and May 2021, and were expertly mastered by George Mastrokostas (aka Absent Without Leave).
The past year has been a busy one for Yellow6, with a number of album releases, exploring variations in composition and instrumentation, along with two collaborative projects. After completing For The First And Last, and material for a forthcoming album for Enraptured, both being more focused on beats and distorted guitars, Attwood decided to shift the focus, in part inspired by recent work by Warren Ellis and Nick Cave’s soundtrack work, and the varied minimalist approach of Philip Glass and Burial among others. Rather than the previously used approach of anchoring each tune on arpeggiated and delayed guitars to set the tone, these tracks have a greater focus on more abstract and heavily effected loops, topped with repeating intertwining clear and clean guitars, which was helped by a change to a more minimal effects board.