Michael Begg: The evolution of a voice.

Forming half of Human Greed, Michael Begg has been releasing increasingly exquisite nocturnal music for the last ten years. Along the way, he has joined forces with Clodagh Simonds' group Fovea Hex and has been dabbling with Colin Potter in various manners. John Kealy caught up with Michael via email to discuss his duo with Deryk Thomas, the changing course of his music and the role that a long-dead Egyptian played in the formation of Fortress Longing. 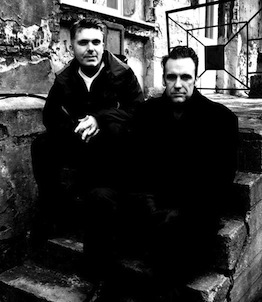 John Kealy (JK): How did Human Greed come about?

¬†Michael Begg (MB): Deryk [Thomas] and I have been creating recordings, albeit privately and under various names, since 1980. It was our main activity alongside nocturnal hill climbing and very petty crime until I left Edinburgh to go to Chelsea Art School in the mid eighties. We kept the habit up independently of each other right through the 1990s. I was trying to get established as a writer throughout the nineties and that had led to me into closer ties with theatre. There was a strong narrative tradition in Scottish theatre that I actually found uninspiring - suffocating, in fact, and so I began to take a deeper interest in more physical forms; Russian and Polish in particular. At this time my own musical vocabulary was beginning to stretch through one or two serendipitous introductions, and this, coupled with my growing doubts over the written and spoken word, my own grasp of it, its decreasing currency value, led to me trying to evolve an approach to narrative that didn't require text. It just so happened that the theatre show that I was working on at the time ‚Äì 1999 ‚Äì was called Human Greed: A Mortality Play in Three Courses. It just somehow stuck as the name. I am not particularly fond of it. It has always misrepresented what I'm about, but that kind of validates my doubts about language, I suppose.

When it looked like Human Greed was going to get a recording deal in 2000 I asked Deryk to come along. Who wants to have all that fun on one's own? "All that fun" ‚Äì if only I knew!

JK: How do you feel Human Greed has changed over its lifespan? The last two albums seem to push far beyond what you achieved previously, is that reflected in your own creative processes? 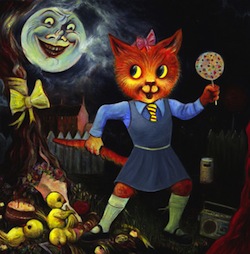 MB: It's always going to be difficult for me to isolate the changes to Human Greed outside of the changes elsewhere in life. When Consolation came out in 2000 I was living in Edinburgh, living and drinking hand to mouth, living in a barely furnished flat with my girlfriend. Today, I live out in rural east Lothian with a wife, two sons and three chickens. I have no idea where to begin cataloguing the changes, waypoints, revelations, Damascus moments, that will have impacted upon the evolution of Human Greed. The creating of these recordings has just increasingly become part of the fabric of my life. It provides many functions; part diary keeping, part meditation, part emotional expression, part entertainment. Those aspects are not purely governed or guided by explicitly musical encounters. Drinking coffee with a good friend influences the advance as much as the acquisition of a new piece of audio kit. The experience of birth and death, the amassed heaps of books that one grazes through, drinking red wine to excess. It really is just part of the fabric of my life, and so asking how it has changed over its lifespan really is, for me, like being asked to report generally on what has happened to me, my identity, my life over the past decade.

Taking a more objectively musical position, however‚Ä¶ One picks up a degree of confidence over time, and bad habits, or workarounds derived from ones own ignorance become ones signature methods of production. When the technology changes ‚Äì and I have changed platform and tools many times over the decade ‚Äì those methods which begun in bad habits evolve again. That process results in the evolution of a voice.

The first album was kind of a sketchbook I suppose. We had no idea how it would be received. To tell the truth it got very little attention at all. It gets more attention now than back then. A certain singularity can be seen in retrospect but it really didn't exist back then.

Pilgrim, the second album, as I have said before, is like a handicapped child, that needs a little more love than the rest of the family. It was born out of chaos. All my equipment was breaking apart and I didn't have money to replace any of it. My first son was born and we had left the city for an incredibly remote home in East Lothian. Deryk had long since moved to the south of England, and then his father became very ill. Everything was just breaking apart, physically and mentally, and I just developed this stubborn focus on forcing the work through, no matter what the cost. No label? Fine, I'll start my own. Broken equipment? Fine I'll record the sound of the equipment breaking down. The sleeve artwork is mostly a disaster, and some of the production is questionable to be honest. But there are bits that hold up very well in there, I think. "Blind Pig" is something that I am in the midst of revisiting with Chris Connelly of all people. "American Lamb" still holds up well, as does Is That It? 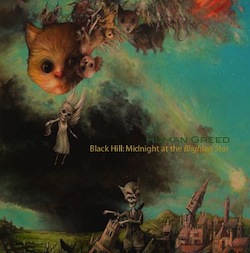 Clodagh and I first encountered each other when I was in the early stages of putting Black Hill together. This resulted in a lot of doors opening up to me. It brought about a certain discipline to my approach (though I can hear Clodagh laughing at the suggestion of discipline!) introduced me to the curious and alien concept of talented musical collaborators and guests, and, with the Fovea Hex live shows, allowed me ‚Äì through sound checks and other stolen moments ‚Äì to get a sense of how Human Greed might sound in a live performance context.

Black Hill certainly ended up raising the profile somewhat, and much as I tried to resist the connection I took the raised profile as a signal of encouragement to dig in a little deeper on the work. Which I did. I gave Fortress Longing everything I had. That same stubbornness that forced Pilgrim through allowed me to sustain some kind of concentrated trance for eighteen months. I am only now surfacing from it to be honest.

I was never sure of what our audience might be, and it took me a long time to simply stop worrying about that side of it. I used to trouble myself that our output wasn't harsh or confrontational enough to seek a toehold in industrial, nor was it musical enough to get purchase with the emerging alt-classical scene. I used to think we'd just fall through all the gaps. And I am happy to say that it really doesn't trouble me at all. I can't think of anything more suffocating than the industrial scene, and as for the spreading rash of neo classical acts, to me they all sound like TV adverts for insurance companies. Just really bland. Sickly melodies. No narrative. No purpose. 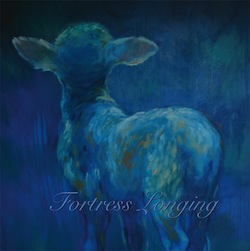 JK: On Fortress Longing, you attempt to get inside the mind of a sleeping Egyptian whose body now lays in the British Museum. Did having this concept help shape the album or did you have music already tha